Home Android Why Should You Invest in Android Apps?

Why Should You Invest in Android Apps?

A mobile application is the best marketing and communication tool for any business/company in an inexpensive way. Keeping in mind, the importance of mobile application and its usability, you can either choose Android or iOS. Before you develop your app, it is advisable to do a market research on the Android and iPhone app development companies in town to find the right developer for you. All most every entrepreneur might come across this question: Android or iOS? Both the platforms have its own pros and cons. Based on your requirements, choose the right platform for your app.

The green robotic human is known for its lucrative features, affordability and smartphone fragmentation. Unlike Apple, Android has a wide range of devices which makes it the topmost priority in app development. Wait! This isn't the only reason to choose Android. There are more advantages in developing an Android app. Here's why: 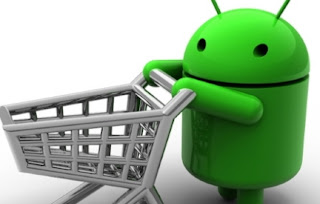 Android is only the market which can offer high-quality features at an affordable price for an extensive range of mobile devices. To put it simply, any average Indian consumer can buy an Android smartphone within his/her preferred budget. Due to the market segmentation and affordability, Android still continues to dominate the Indian smartphone market share.

Android apps are developed using JAVA
Java is proven to be the most powerful programming language and used for developing a wide range of devices. It is an open source which provides free source code from its Java Development Kit (JDK) to the developers and the added advantage is that it can run on any system regardless of the hardware and software dependency. This powerful programming language is used for developing the native Android apps.

As Android apps are written using the Java programming language, it can be easily ported to other platforms like Symbian, Blackberry, Ubuntu and Chrome OS.

Android is great at customization
Are you tired of the same old widgets? Chill! Unduh a widget from a third party app and replace it with your stock one. Bored of the same layout? You can unduh and replace it too. Android allows you to customize your app the way you like it - that's the foremost reason why developers love developing apps on Android than any other platforms.

Android provides the perfect platform
In the fast-growing app market, the ability to adapt quickly does matter a lot. Android's Google Play Store allows you to update the app within an hour, in response to the user's feedback while the App Store follows the same lengthy process to submit your app. You can submit the same app for multiple times on the Play Store while you'll need at least a week to launch your updated app on the App Store.

Beside the multiple uploads, it also offers Alpha and Beta releases which can be accessed by a set of members to test your app. Based on the feedbacks from the testers, you can rectify the errors and/or incorporate some features before it reaches the actual users. Thus, Android provides the perfect platform to test your app.

According to a survey by DAU-UP, the average revenue per user for Android games was just 20% by January 2010. Surprisingly, it has reached to 65% by the year end. Moreover, the advertising cost are 20-50% lower on Android apps, which can eventually be more profitable than the iPhone apps.

Now that you are aware of the benefits of investing in the Android app, you can develop your app on this most promising platform to stay ahead in this competitive market. Due to its usability and affordability, Android still remains unbeatable and continues to rule the smartphone market. Remember, developing an Android app isn't an expense. It's an investment!